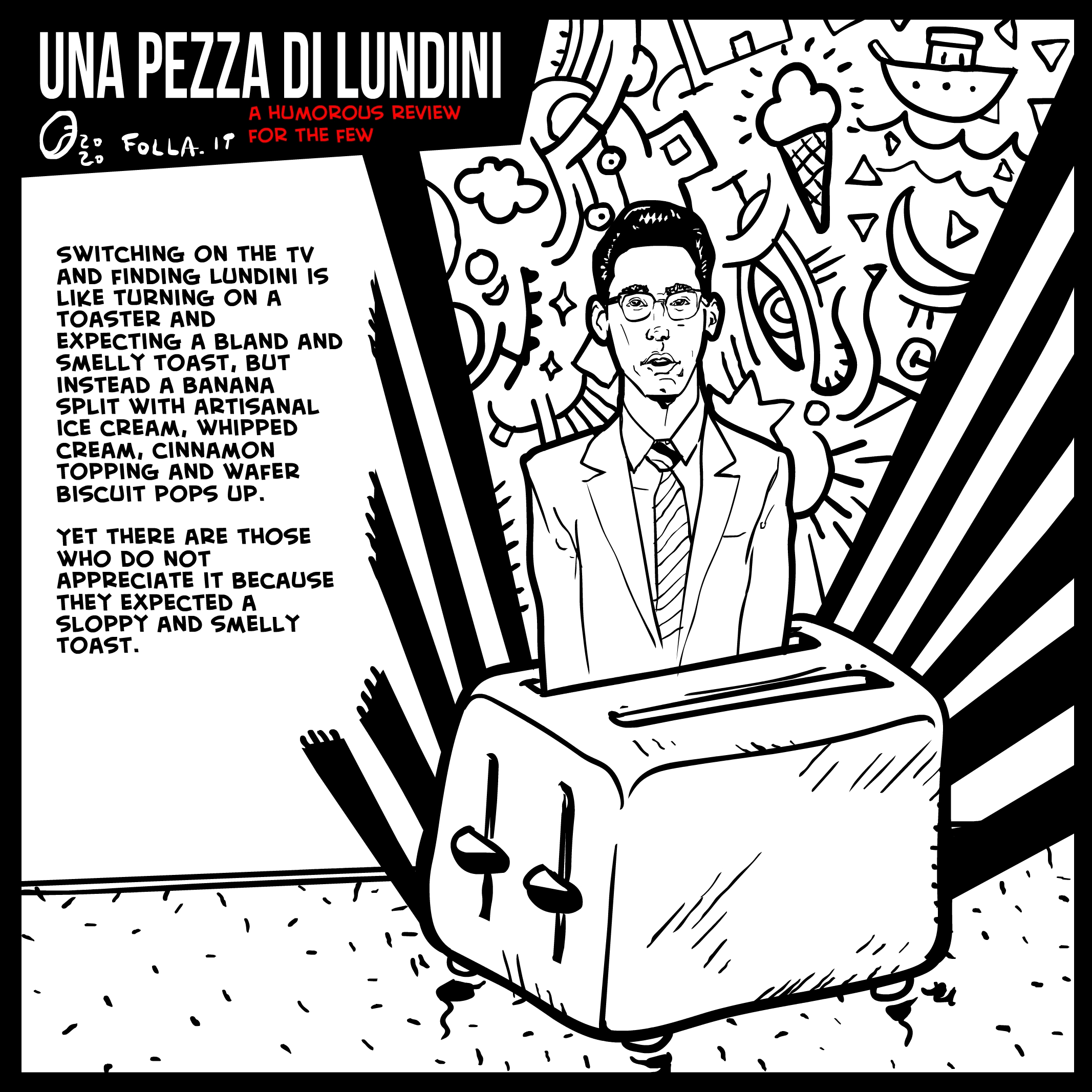 In the television schedule you may come across an out-of-the-ordinary broadcast. Given the late hour and have decided to watch, you will have the opportunity to meet the comedy of Valerio Lundini. A character so distinct that he becomes, in a short time, one of the references of the show “Battute“.

The tone of the broadcast he leads is based on his specific comic figure, a kind of initial disorientation that then, almost surprisingly, he goes to detract with surgical precision on a very specific idea.

His surprising ideas are often a mixture of provocation, double meaning and taste for the absurd.

Embarrassing interviews, homemade sketches and connections with Rapone and Fanelli are always in a logical consequence of the general style.

The idea of presenting it as a stopover for programs (hence the unlikely title), which, for technical reasons have been deleted, adapts appropriately to the whole.

The refined ability to conceal disengagement is also interesting. In reality, between the folds of nonsense irony we can glimpse a pungent critical intelligence.

The caricature of the classic mellifluous conductor is masterly and exaggeratedly magnificent of guests (with Down Syndrome) to be exploited in order to get more attention.

All episodes can be viewed on Rai Play.