Viruses are difficult ‘organisms’ to study. They are nothing like any living creature: bacteria, protists, fungi, humans, reptiles, insects…. you get the idea. To understand this a bit better, we can visualise them as an extremely small pouch, which is made of protein, and filled with genetic material. Maybe that is still too technical, most people are not even sure what a protein really is, never-mind genetic material. Let us rather think of something more familiar: a leather soccer ball, filled with very long strands of very thin spaghetti; each strand having millions of computer codes written down its length. But, like a virus, we all can agree that the ball is not a living thing: that is, it doesn’t breathe, eat, communicate. The ball travels to new places using wind, water, basically any means possible, even through the various liquids us humans are able to produce (use your imagination here). But the virus has no direction, no choices; it doesn’t even think, respond to the environment, or have a conscious. 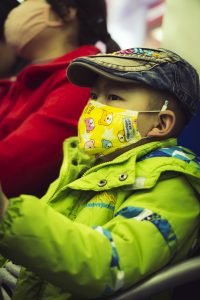 However, once it touches its’ host, it cuts into the host, and all the encoded spaghetti slides into the hosts’ wounds, and quickly reprograms the host. The host is forced to manufacture, using its’ own energy and resources, new soccer balls; many many more soccer balls. This is the really only aspect which is similar to living organisms, the art of reproduction. Or is it? This brings on the debate of future ‘artificial intelligence’ and robots: if future robots can reprogram other machines to reproduce the same robots, identical in every way, and with the exact computer programming, will that be reproduction? Will that be ‘a living organisms’? Thinking about this more, viruses are not even a robot, they are more like a USB stick, or for bigger viruses, external hard-drives: boxes with stored information and no self-source of electricity.

Besides, viral reproduction is where lies the problem. The host does not manufacture the new soccer balls outside their bodies, but inside. Hundreds to thousands of viruses being manufacturing internally. In most cases, the soccer balls are able to exit the host, without causing too much damage. Afterall, the new ‘soccer ball’ factory must continue working, making thousands, millions, maybe billions, more. In this case, the real damage is that the host will lose energy over time, become tired, exhausted, the immune system will be over-worked, the defences will be in bad states of repair. Other adversaries, usually too small or weak to cause issues, now are able to attack the host, causing additional illnesses.

In other cases, the speed of the virus multiplication is too fast for easy exits. And so, the virus numbers increase, the internal pressure of the host increases, more and more, until the inevitable happens: the host burst! Millions, maybe billions, of viruses are rapidly ejected from the force of the burst host. The living host, the organism which breathed, reacted to environmental changes, ate food and then defecated, had sex, violently dies so that a non-living ‘thing’, a soccer ball, a natural-USB stick can survive in the now millions.

When I was still studying at university, my colleagues and I used to imagine this very event unfolding within us when we were ill: a cold, influenza, a sore throat. The many cells in our noses, sinuses, throats, lungs, all swelling with the millions of natural-USB sticks, bursting. The very reason our noses were like open flood gates, our lungs coughing up so much thick phlegm. These were the liquid of cell-death mixed with the millions of the horrid natural-USB sticks. Ok, maybe in reality being ill usually is not this extreme. The body produces these liquids to try get rid of pathogens or irritants – so it is not really an indication of the deaths of ones’ cells. But this thought, though, was one of the reasons that virology was my weakest section, it freaked me out.

If viruses are like spaghetti filled soccer balls, or USB sticks, how do you stop them? How do you treat the host when they have infected? How do you prevent the host from being infected? Bacteria, fungi and parasites are all living organisms. We can give a host medicines and chemicals which stop the organisms by killing them: stop them breathing, stop them moving, stop their metabolisms, stop them reproducing. We can give the hosts medicines which act outside the host, or in their blood systems. The medicines can act outside the cellular level. However, we cannot ‘kill’ a virus, just like we cannot ‘kill’ an external hard-drive. We can take a knife to a soccer ball and bust it, but the encoded spaghetti will still spill out and could still possibly cause re-programming. Also, we don’t exactly have knives that small, well, at least not yet.